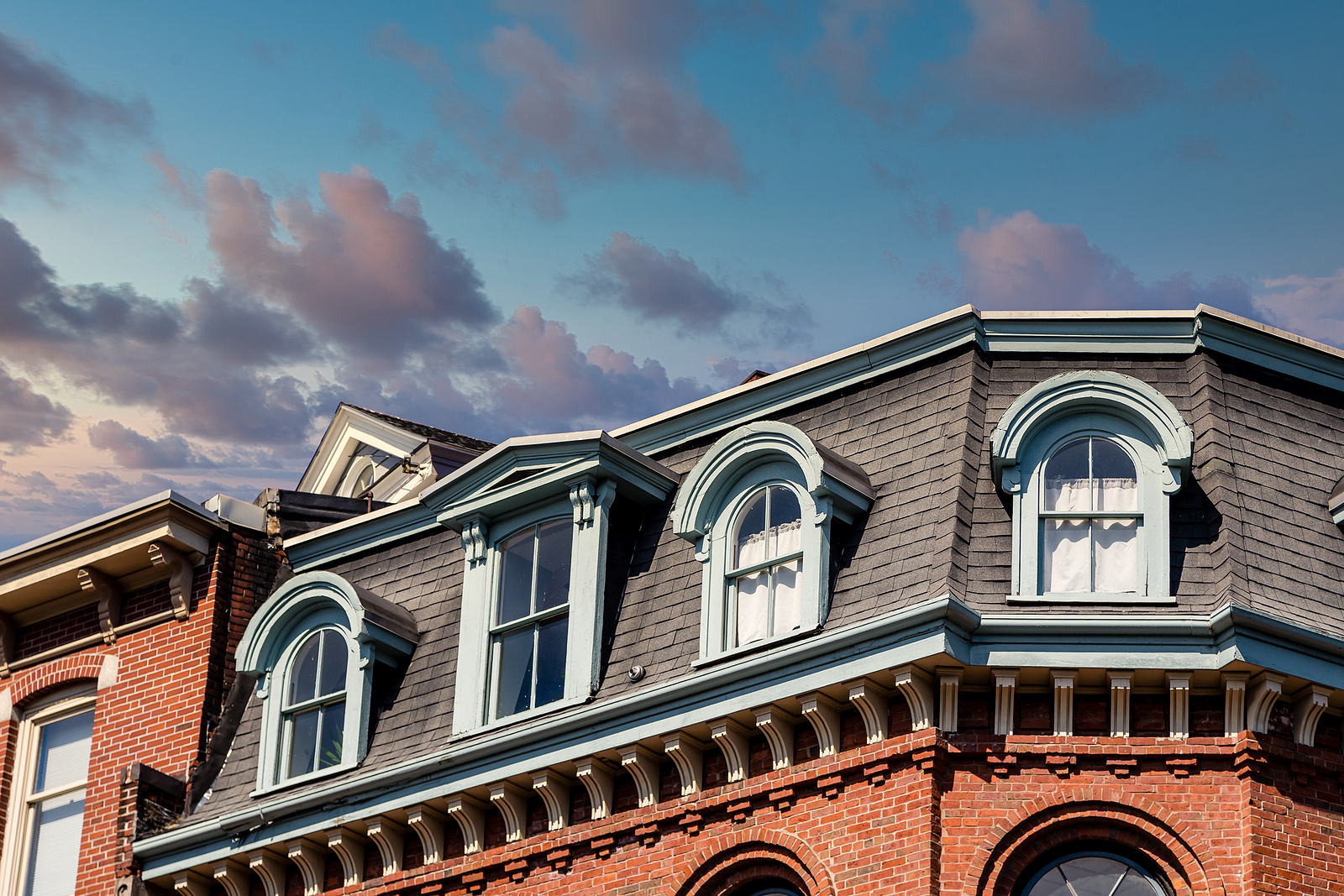 Identifying the architectural style of houses in your neighborhood can be fun and fascinating, particularly in DC neighborhoods where many building styles have shaped the landscape. This piece will point out some architectural styles that appear on row homes in the Capitol Hill area. It may help you think about what might be appropriate if you are considering restoring a historic property

Throughout its history, Capitol Hill has primarily been a working and middle-class neighborhood whose residents did not use professional building designers. Instead, they relied on builders and tradespeople working from pattern books. The availability of wood from the lumber yard also affected what facades were used. This meant that most of Capitol Hill’s housing stock is a combination of popular styles.

Many buildings on Capitol Hill were also transitional. It might have taken years to finish a row of homes, and the front might show two or more elements of architectural styles.

Moreover, a desire for the “latest style” may have caused a homeowner to “modernize” or modify their home's exterior so that several style elements became fused. For example, in the 19th century, Italianate cornices were added to more austere Federal-style homes. Colonial Revivalists added touch-ups to some homes in the 20th century, and porches, balconies, and other additions appeared on some.

Many of these styles didn’t come into favor on Capitol Hill until they had been popular for quite some time nationwide. That is due to the conservative nature of builders and neighborhoods in DC.

The emphasis in this era was horizontal elements and symmetry. The White House is an excellent example of “Georgian-style” homes with sash windows, a central bay, and a hipped roof. 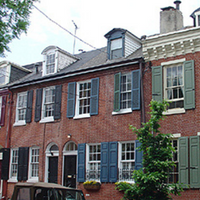 A classic brick Federal row home, pictured on the left in the photograph, has shutters, six-over-six sash windows, and dormers on the roof. Some have seen many modifications over the years, even aluminum siding.

The Decatur House in Lafayette Square is another, albeit grander, example of Federal style, with flatter roof slopes and some arched windows (some semi-elliptical). 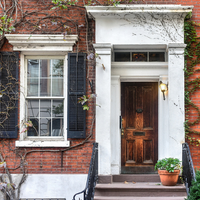 Many romanticized the Greek’s quest for independence and wanted to nurture the relationship between ancient and modern democracy.

This idealization led to incorporating Greek styles into Capitol Hill homes with pilasters and classical columns, pedimented porticos, and the bold molding pictured at right.

Rough cut, dark stone, and deliberate asymmetry typified this era. Verticality was evident in battlements, roof lines, towers, pointed arch windows, and peaked gables. Crenels on some row homes and pointed Gothic arches over windows appeared during this era, but most of the Gothic style was exclusive to religious buildings and churches. 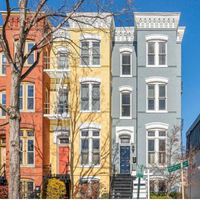 This style, which became fashionable in the US, was based on the northern Italian country houses of Tuscany, and it celebrated wealth and modernity, two characteristics widely embraced by a burgeoning American middle class.

This style is not widely represented on Capitol Hill row homes. However, you will mostly see that the French Second Empire style spurred the inclusion of mansard roofs, pictured at the very top, on Italianate-style homes. 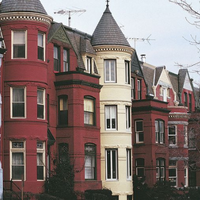 English architects inspired exuberant medieval motifs that included a variety of materials and various designs, some wood shingle siding here, some stucco over there, all situated on a stone or brick foundation. It also included bays, porches, extra gables, balconies, and even turrets that break the box.

The heavily ornamented classical Beaux-Arts architectural style dominates this period. It tends to combine many of the traditional styles and some Transitional styles.

An example of the transitional style is the William Yost and Brother home at 420 Tenth Street, SE. This building contains Richardson Romanesque features like a stone foundation, red brick, gray limestone, semi-circular windows, and a corner tower.

The Library of Congress Thomas Jefferson building is another Beaux-Arts style (1895-1915) building. It’s a period characterized by a flamboyant classical mix and Renaissance detail. These builders and architects were graduates of the Paris Ecole des Beaux-Arts and buildings were well-planned, sophisticated, and symmetrical.

These architectural designs combined many revival styles, which were similar to the earlier Georgian and Federal styles. They are notable for their redbrick construction with six-over-six sash windows, which provided a bold contrast when painted white.

For guaranteed compliance with code and tradition, contact the experts at Renaissance Development for brick exterior work, tuckpointing, and brick preservation.