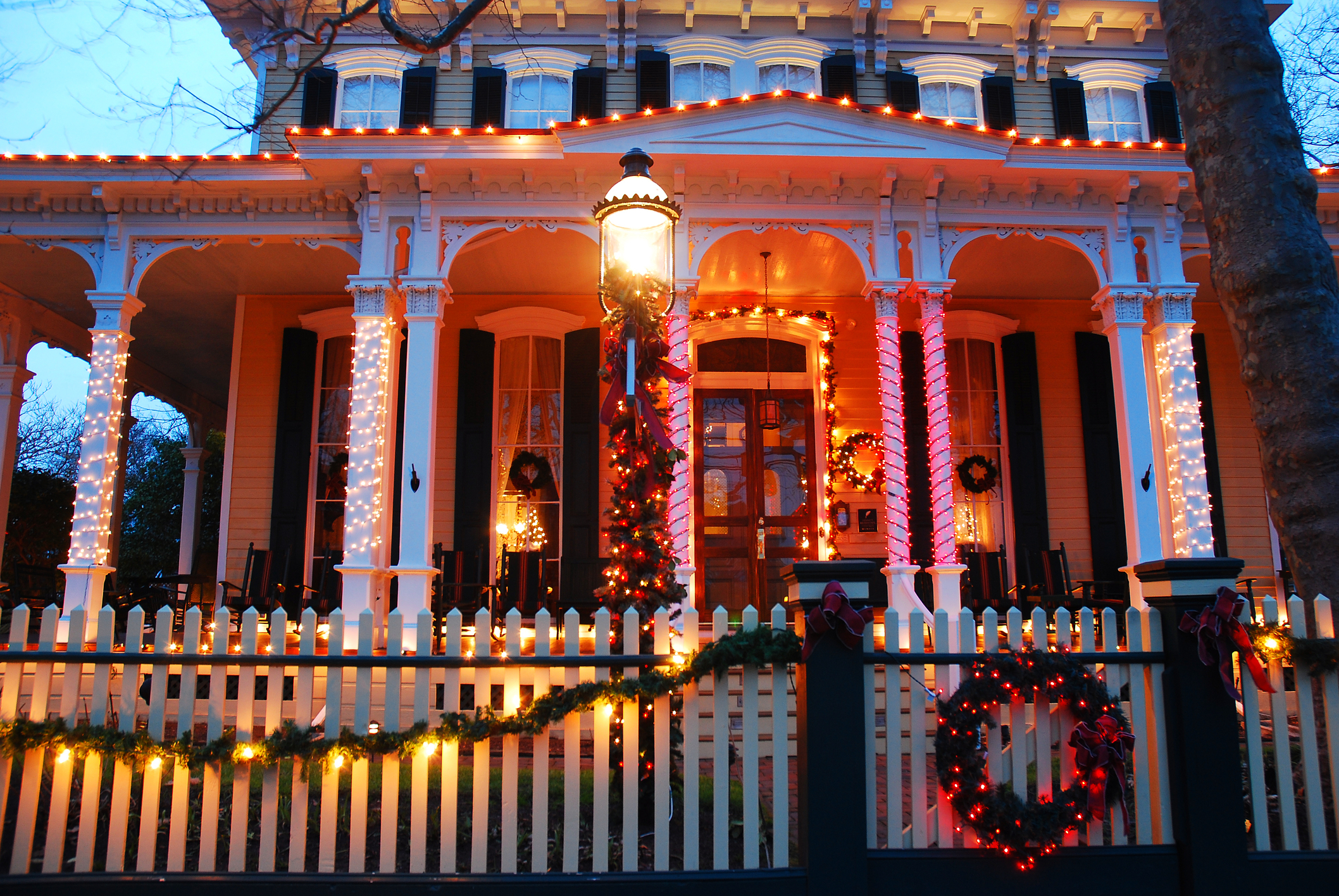 How Did Victorians Decorate Their Homes for the Holidays?

Many of the historic homes in the DC area were built in the Victorian era, from the mid-19th century to the early 20th century. While it is important to build new traditions with family at this time of year, it’s occasionally pleasant to revisit the charming seasonal décor that was popular when these homes were new.

We have several references we can use to discover the popular trimmings of the day. “A Christmas Carol,” by Charles Dickens, published in 1843, six years after Queen Victoria took the throne, is a well-known source. In his story, he helped revive the idea of a holiday celebrating family, philanthropy, and kindness. We also have an Illustration of Queen Victoria and Prince Albert’s Christmas celebration in The Illustrated London News, 11 years into her reign, which helped popularize Christmas trees. Finally, we have the music of the period, along with the poem “A Visit from St. Nicholas,” which describes the setting.

In a Victorian home, it was important to differentiate between rooms for personal or family use, and those on display for visitors. Generally, those for use with company were lavished with any spare funds. “The attractive, tastefully appointed house was a sign of respectability,” according to Judith Flanders’ “Inside the Victorian Home.” At the same time, the home’s décor quietly spoke of the family’s affluence.

As a counterpoint to the dreariness outside, evergreens brought greenery into the home. Holly sprigs, pine, and boxwood, along with garlands of ivy, were used on staircases and mantles. Grapevines were used to create beautiful wreaths along with holly, dried fruit, and gilt nuts and berries. A family entertaining young single people might also strategically place a sprig of mistletoe.

Lace and doilies would have been present as a subtle comment on the family’s wealth. With the industrial revolution, lace-making had become somewhat automated, but lavish use of antimacassars, table runners, and coasters would help project their affluence to visitors. On top of the doilies, a cornucopia might be placed, full of fresh, brightly colored fruits, nuts, and other produce.

Starting in the 1880s, gas lamps would have begun to replace candles. However, electric lights were not available in most homes until the turn of the century.

The illustration in 1848 of Queen Victoria’s holiday celebration helped to popularize the Christmas tree. At that time, many trees were small and could fit in a tub on a table. As the century progressed, the trees moved to the floor, grew bigger, and were surrounded by gifts. Small candles were used to light the tree, and the candle clips used are still available today. However, a less flammable contemporary option would be to use strings of LED flameless candle string lights.

Trees would also have strands of cranberries, dried fruit, and wrapped candies or cookies. Tinsel and homemade paper ornaments along with tatted, crocheted stars and snowflakes would have been tied on with ribbons. As trees became popular, the tradition of hanging stockings by the fire dwindled for a time until making a comeback later in the 1800s.

Finally, each family would add touches brought from the old world to the new. For example, a family from Scandinavia might choose decorations made of straw, white along with only one other color, such as red or blue. Instead of stockings in a Dutch household, you might find shoes filled with carrots, hay, and sugar for Sinterklaas’ horses.

German families would likely have an advent wreath on display as well as a Christmas pyramid. The little carousel with its candles would have been a delight for children of all ages.

While you’re decorating this season, Renaissance Development would like to wish you the happiest of holidays and remind you that we are available to help preserve your beautiful home for many Christmases to come.